Skip to Main Content
It looks like you're using Internet Explorer 11 or older. This website works best with modern browsers such as the latest versions of Chrome, Firefox, Safari, and Edge. If you continue with this browser, you may see unexpected results.

Cited Half-Life: What depth of content is getting cited?

Cited Half-Life looks at the citations that a journal receives (incoming citations) in the current JCR data year. This metric can help you understand the age of publications, that are currently getting cited. Journals can receive citations in one JCR year to anything that they have ever published, and the Cited Half-Life helps you understand how far back researchers go, when they cite that journal.

This information can help you assess backfile purchases for a journal. Cited Half-Life is displayed in the Key Indicators table on a journal profile page, and it can be added to a journal ranking on the JCR homepage.

Navigate to the Cited Journal Data section to view the specific journals contributing citations to the parent journal. The Cited Half-Life Data in the Cited Journal Data section shows you the number of citations in the citing year that went to journal content published in a particular cited year. Below the raw number of citations, a cumulative percentage is displayed. This shows you the percentage of total citing year citations that have been accrued as you move backward in time. 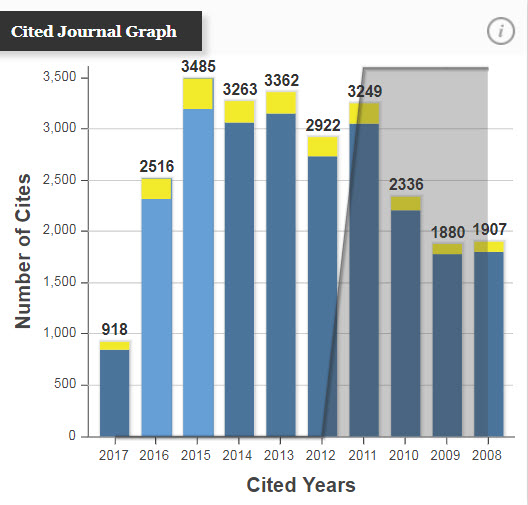 The Cited Journal Data table reveals the relationships between the citing journals and the selected cited journal. Impact refers to the Impact Factor score for the citing journal. The All Yrs column shows you the total number of citations coming from each journal in the citing year. That citation count is then broken down by cited year. 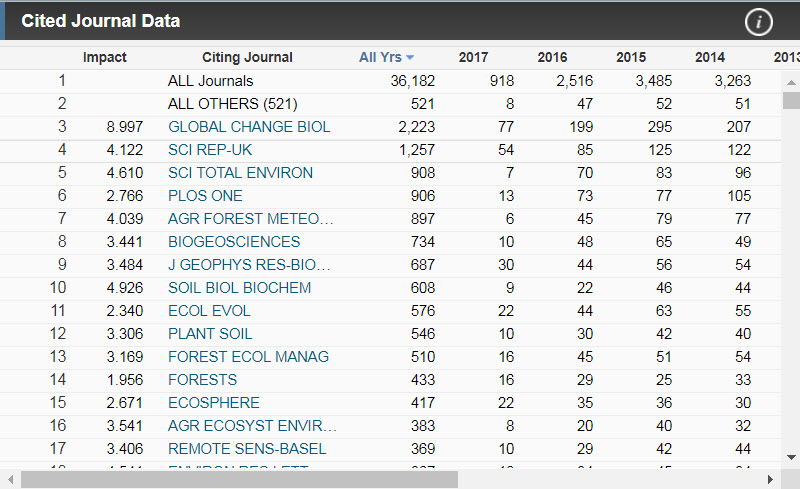